AlFurqan Centre was established in 2004 in the name of Alfurqan Community and Cultural Association to cater for the religious, spiritual and educational needs of the local Muslim community. Its endeavor is to become a source of valuable resource for the growth of Muslim community in Leicester, especially the Muslim youth who face the most daunting of challenges.

The Alfurqan Islamic Centre is non-profit organization registered with the Charity Commission registration number: 1115101 in UK. The Centre has got its all planning permissions from Leicester City Council and is affiliated with the Federation of Muslim Organisations in UK.

In 2009, with the help of Allah SWT, then the hard work and dedication of many volunteer brothers and sisters, we managed to locate and purchase a building for the sum of £650,000. Even though the purchase was complete, to use the building as an Islamic Centre we had to meet many conditions set by the local government. For example, the conditions placed upon us were as followed:

To demolish and rebuild the front boundary wall, car park, bike shed, and refuse areas that had built at cost of £38,000 in 2011.

To provide access for elderly and disable people, such as a wheel chair ramp and modifying centre's goods lift into a passenger's lift. The centre has not fulfilled yet in this planning condition. 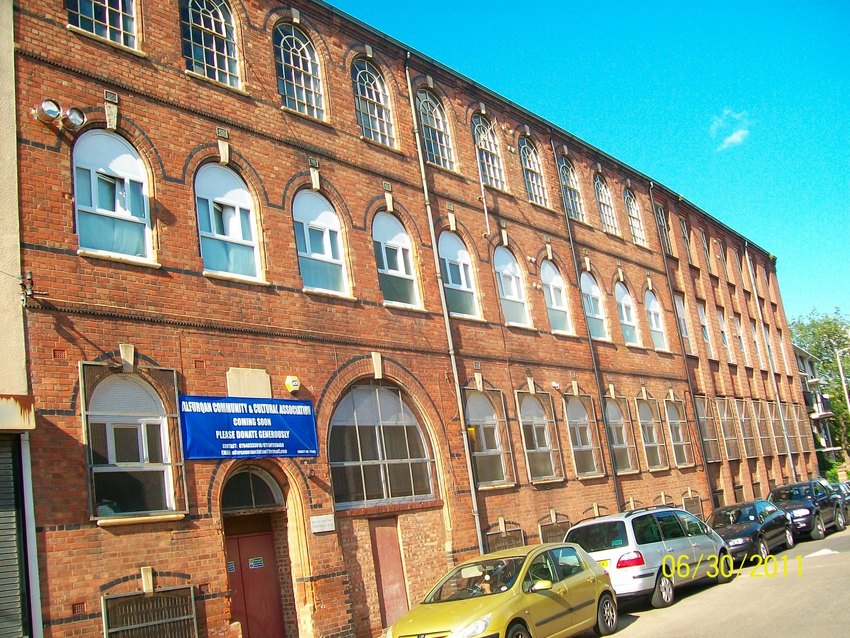 Also, we installed double glazed windows on all floors of the building and fitted two new boilers in the ground floor with an additional cost of £67,000 in 2011 and 2012. Although this may seem a very difficult, task our centre enjoys strong support from the surrounding Muslim community.

The AlFurqan Islamic Centre's building consists of four floors with a total area of 42,000sq ft. The ground floor currently accommodates ladies prayer hall and girls madrasah classes with the centre offices. The first floor is the men's prayer hall and mainly Alfurqan Madrasah classes for boys. The second floor has recently been refurbished for the use of Al Ihsaan Islamic Community College for the cost of £170,000. Finally, the basement floor is under construction by opening up, underpinning, and putting new heavy metal columns and beams to hold the building and rearrange its layout. This phase is already underway and in fact nearing completion at a cost of £280,000.